Mother Nature Has A Sense Of Humor 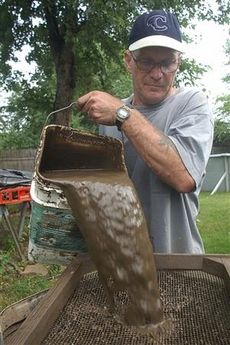 Farmer Jones searched tirelessly for the wedding ring that his wife accidentally dropped in the horse's feed bag the day before.

Purse Snatch Super-Slam! Is this real, I wonder? 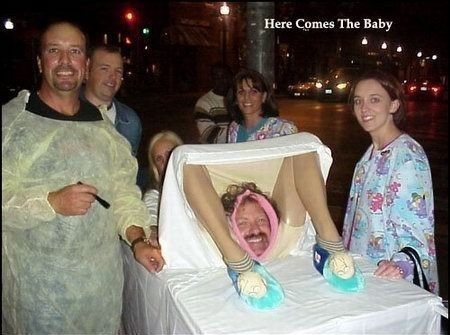 Sent via email from my older brother (no, that's not him in the picture).

1 That would turn me pro-abortion. Should be Michael Moore's Halloween costume.

Stop The Presses! President Bush Actually Uses the Potty! Reuters has finally captured evidence that the President does, in fact, go to the bathroom - despite speculation that he has a magic digestive system controlled by Karl Rove!

WTF is this all about? I mean, it would at least be somewhat interesting if he had written: "Condi, cover for me. I have to go heave a Havana!" or something crude like that.

But this makes the Reuters wire?

1 SHOCKING! Good thing we have those crack investigative reports from AP and Reuters on the job. Say, isnt this akin to a violation of privacy? Hmmmm? :shock:

The 40-Year Old Hobbit Virgin... What follows is a transcript of a scene that didn't make it into the Extended Edition of Peter Jackson's "The Two Towers", reproduced in full. 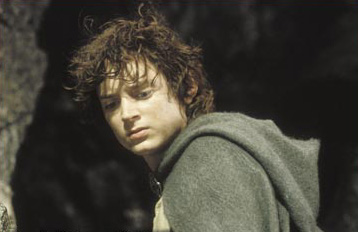 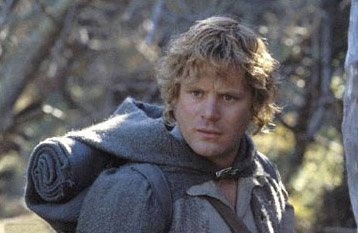 Why do you keep looking at me like that?

1 Wonder why this didn't make it into the extended edition? Damn conservatives! :wink:

I'm not a "Tolkien Geek" by any stretch, but I think those guys were hot for Gandalf. Didya see the way they were all jumping on the bed at the end, all grinning like fools, saying "GANDALF" all dopey. No, no, no...I'll take Star Wars any day!

Crystal Ball Into Next Week's Judicial Hearings Ace has outdone himself on this one. He channels the events on Capitol Hill next week during the Roberts hearings and reveals all. This already made my weekend.

Revenge of the Oompa-Loompa...

This is just too funny. Apparently for years now, some vertically-challenged actor has been claiming on his resume that he played on Oompa Loompa in the original "Willy Wonka & The Chocolate Factory". The 57-year old Ezzy Dame, however, was "outed" by an actor who really did play an Oompa Loompa named Rusty Goffe.

Dame later confessed to the ruse:

I kinda feel badly for the little bugger. How humiliating! Sounds like a "Seinfeld" episode.

h/t: The Museum of Hoaxes

1 On Saturday, Sept 24th of this year, RightMarch, Protest Warrior, Move America Forward,Free Republic will be Counter Protesting the left in our Nations Capitol. Answer Internatioal and ACLU lawyers will be at the event. We would love for youre group to join, as we a send a message to the left.. That they no longer own the street!!! 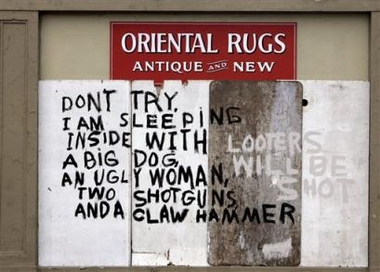 I don't know about you but this would be more than enough to keep me away.

The Greatest Generation...
"Yeah, in WWII some crazy bitch used to camp outside Hyde Park and root for the Nazis. I put two bullets right between her eyes from 200 yards and I'm still a damn good shot, if you catch my meaning, Mr. President..."