New On The Blogroll Walls of the City.

Featuring the pic of the soldier's response to John effin' Kerry.

And a BSG fan to boot. Go check him out. Now!

1 We should start a BSG blogroll or something.

2 *blinks* Shiny! Thanks for the addition to your blogroll, and a BSG blogroll would definitely be nifty... I am so remarkably behind on this season, though...

3 No worries, I can update you with the current storyline and spoilers for the rest of Season 3

I am so remarkably behind on this season, though...

Lefty Blogs In CT Are A Dime A Dozen So it's nice to see some more representation from the non-nutroots contingency.

Connecticut Citizens In Action follows CT politics fairly closely and will make a nice resource for news on this year's races - Federal, State and Local. Cuz I'm too lazy to follow it myself.

As such, it has earned a much-coveted slot in the ol' Official Ex-Donkey blogroll.

1 Cool. Thanks for pointing that one out!

New To The Blogroll Every once in a while I like to run through the ol' official Ex-Donkey blogroll and weed out the dead wood to make room for some new blood (new to me, that is).

In the old days I used to scroll through the referrels on Sitemeter looking for good blogs to add. But I just don't have time for that nowadays. More often than not I come across sites from commenters or emails that I get.

Being as it's Friday, I wanted to highlight three new links on the 'roll:

1) Conservative Propaganda - Former USAF, now a self-described "computer geek in the DC area". His posting frequency is lower than average, but the content makes it worth checking back from time to time.

2) This Is Freedom Country - Let it never be said that the Ex-Donkey is not open to differing opinions. Here's a former Liberal turned Libertarian. Okay, that's about as differing as I can deal with. I often disagree with many Libertarians but they usually make good points. NRO's Jonah Goldberg once compared Libertarians to the celtic barbarians that the Medieval Britons would often hire out as mercenaries; they're useful in a fight, but you wouldn't want one sitting on the throne.

3) Here's one I first read today: Say No To P.C.B.S. You have to love a blog when it's first post reads: "Welcome To Thunderdome - I take a stand against the evil that is the liberal left, and thus it begins." Liberal girlie-men, beware!

1 LOL, that's funny...Wow... I'd forgotten all about the first post. : ) Thanks for stopping by, glad you enjoyed it.

2 Thanks for adding me, but do remember I am a neo-libertarian, that is a libertarian who supports strong national defense, fear not, I am not one of those LP idiotarians.

Blogroll Addition For quite some time, I've included Polipundit.com in the main blogroll. One of the things I've appreciated about the site was that it is a group blog in that the primary proprietor, the Polipundit, has allowed four regular guest bloggers. Diversity of opinion has always been that blog's strength. Now it seems that the immigration issue has driven a wedge between the site owner and some of his contributors and one in particular. As such, Lorie Byrd is no longer going to be allowed to post on that site.

Lorie has her own site, Byrd Droppings, that for some strange reason I've never blogrolled. Perhaps it's because I've usually read her stuff on Polipundit. Now that Lorie's contributions will no longer be available at Poli, I not only wanted to alert readers of her site's addition to the 'roll but to encourage traffic her way - not that she needs my help in that respect.

Polipundit continues to be a regular stop for me, but I have to say I'm disappointed in how this issue has resulted in many Conservatives taking a "my way or the highway" attitude. There are two sides to every story and Polipundit has responded in kind. Hey, I agree that it's his sight and he has the right to set whatever editorial policy he sees fit. But, frankly, I find this whole thing a little disturbing. Is this the kind of division that some Conservatives and right-leaning folks are going to have to endure?

Look, I'm not one to talk. My comment policy makes it pretty clear that I have very little interest in disagreement on this site. It's one of the reasons I don't have guest bloggers unless I'm on extended vacation. But Polipundit.com owes its popularity in large part to it's group format and open debate. It's a shame that it has come to this.

UPDATE: 2:20pm
Actually, it looks like all four "guests" at Polipundit have been cut off at the knees. I'm not aware if Jayson or Alexander McClure have other web "homes" or not, but DJ Drummond's site is Stolen Thunder. DJ's now on the blogroll as well.

I really hope that Polipundit will take some time to cool off over this one. It would be awful if he's become "Kos-ified".

UPDATE DEUX: 3:00pm 5/19/06:
All week I've been heading back to Polipundit to see how things are going. Bottom line is that without Alex, Lorie, DJ and Jayson, the site has become pretty static. Basically, Polipundit has become a one-issue blog and since I generally don't agree with him on that issue (not to mention his continuous deriding of the President as a liar and a sell-out) I don't really have a reason to read it anymore. He's starting to sound like a broken record and illegal immigration has become an all-consuming obsession with him. Too bad.

1 I can't believe how crazed and desperate our side has been behaving. From Harriet Miers, to the Dubai Ports Deal, to this split on immigration. It has me worried about this election year.

Blue Crab Boulevard New to the 'roll: You gotta love a guy with six posts up today and it's not even noon yet. Ran across his site as a trackback to the website that has the "emotional contagion" post.

Not to mention that he quotes one of my favorite Billy Joel songs and his assertive Comment Policy makes him a kindred spirit. Welcome aboard!

1 Wow, thanks for the link and the kind words. Gaius

Update Those Links And Bookmarks Long time blog bud, New England Republican, has made the jump off of Blogsnot (gee, I wonder why? maybe Betsy Newmark and Viking Pundit have an opinion about this) and set up his own domain on Wordpress.

He and his merry band of pundits can now be found at http://www.nerepublican.com. Go check out the new site and update your links.

New To The Blogroll A mental health site whose contributors "lean" Conservative. Worth checking out.

Hey, a lot of you mental defectives might find some valuable advice.

Pachyderms In The Midst Ben Domenech, one of the founders of Redstate, has been given a blog column of his own at the WaPo online.

Go visit "Red America". Funny that it's not listed on the WaPo's main blog page. Then again the end of that page's URL does read: "?nav=left". Hmmmm. I'll have to add to the main blogroll so I can find it more easily.

UPDATE: 3:40pm
Oh, this is rich. Apparently, when Post reporter Tom Edsall opened up the chatlines today he got an earfull from pissed-off Lefties about the new "Red America" column.

Here's an example:
"The hiring of the Red State Blogger is yet another example of why I cancelled my subscription to The Post and do not intend to ever re-instate it. The Post's view that it needs to "balance" viewpoints buys into the notion that The Washington Post adequately provides a forum for a liberal viewpoint. Do you really believe that The Post has an over abundance of liberal viewpoints?"

I damn near had my coffee spilling out my nose I laughed to hard at that one. The WaPo op-ed pages are so full of Liberal opinion you barely notice the Conservative one.

What is it about Conservative opinion that so terrifies these people that they object to it even being printed? Criticize it, ridicule it or ignore it if you will. But to fear it? Talk about insecure.

Blogroll Update Did a little housecleaning of the Official Ex-Donkey Blogroll. Some got whacked to make room for these new additions:

- Dan of A Slower Pace returns after a couple months off.
- Why Amy Ridenour wasn't already on, I'll never figure out.
- Bohemian Conservative - poor thing is surrounded by smelly Frenchmen.
- Geology, Politics and Beer make a great combination at GeoSciBlog
- The Red Ink, a Conservative Vikings fan
- Jiblog, a Conservative Packers fan (Yikes these two should get along, huh?)
- Founder of the "Pro-Victory" Blogroll, North American Patriot
- Wild Thing over at Theodore's World (Hubba, Hubba)
- Sister Toldjah, another blog I can't believe isn't already there
- Gossip and commentary about the judiciary at Underneath Their Robes

That's it for now, hope I didn't miss anyone.

2 Never mind, I see you already have it. Doh!

I'd love to watch a Packers-Giants game with this dude.

Whoops, looks like we both need to update our cowbell links.

Who DOESN'T Have A Blog Nowadays? The American Spectator Online has a new blog - AmSpec Blog. No doubt another good source of scuttlebutt for the next Scotus nominee, courtesy of the guys at the Washington Prowler.

Thanks to ABP for the tip!

One of my favorites: 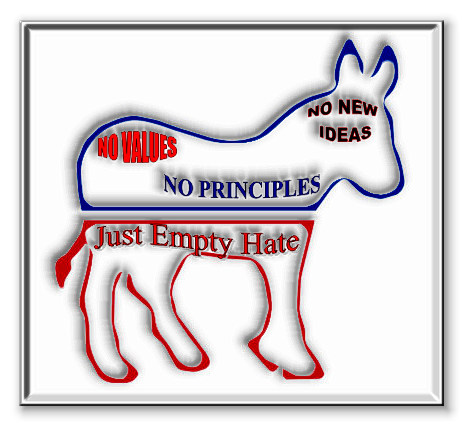