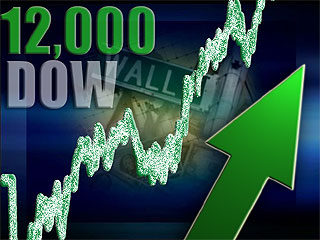 The Treasury Department said that with just one month to go in the budget year, the deficit totals $304.3 billion, down from $354.1 billion during the same period a year ago.

The Congressional Budget Office is forecasting that the deficit for the entire year will be $260 billion, which would mean that September will see a sizable surplus. [note: the Federal Gubment's Fiscal Year End is September 30th]


It's those damn tax cuts for the rich!!

Statistically speaking, we're at near full employment. But CBS can still find a way to spin this news as negative. Check out the headline: "Unemployment Dips, But Hiring Slows". WTF?

They just have to find that cloud in the silver lining. Umm, guys. Maybe hiring slowed because employers can't find enough unemployed people to take the jobs. 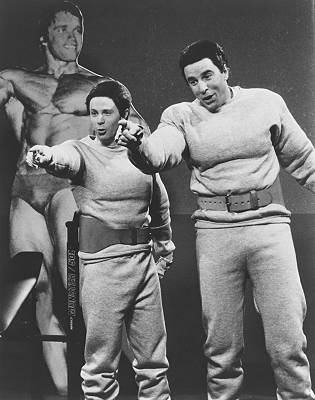 Gadzooks! Economic growth for the first quarter 2006 was just revised up to 5.3% - the strongest in 2.5 years!

One of the biggest reasons? You and me: "Consumer spending was one of the primary reasons overall GDP performance accelerated to such a brisk pace in the period." As Jack Kemp likes to say, "A rising tide lifts all boats".

And the Liberal girlie-men are still screaming about "tax cuts for the rich". Sigh.

Consumer Confidence Highest In Four Years Hmm. Not a lot of buzz about this little factoid:

The latest measure was up from a revised 102.7 in February, which was down 4.1 points from January and broke a three-month rebound from last yearÂ’s Gulf hurricanes.

Even more interesting. The fine print in the chart registers the Consumer Confidence rating for 1985 as 100. So with the exception of a post-Katrina dip, Consumer Confidence was higher during most of the last year than it was during the heyday of the mid-1980's.

Yeah, sounds like the worst economy since Herbert Hoover to me.

The Worst Economy Since Herbert Hoover Yeah, right. Just take a look at quarterly GDP growth since the President handed out his "tax-cuts for the rich":

Not to mention 5% unemployment and a deficit shrinking every day from higher Federal tax revenues.

Now imagine if we made those tax cuts permanent?

"Voo-Doo" Economics Increases Federal Receipts For the third time since the early 1960's, drastic cuts in the marginal tax rates have produced more - NOT LESS - tax revenues, as demonstrated by the following chart just released by the Treasury Department:

You see, this is how economics works in the real world as opposed to Paul Krugman's fantasy world.

1 Now if only that money were used to pay off the debt, instead of pursuing more spending. What a world it could be...

Economic Growth Revised "Up" Third-Quarter GDP which originally clocked in at a solid 3.8% has now been revised to an even more robust 4.3%.

The upwardly revised reading for GDP in the third quarter also exceeded the expectations of business analysts. Before the report was released, they were forecasting the economy to clock in at a 4 percent pace.

Consumers and businesses did their part to keep the economy rolling Â— even as they coped with elevated energy prices during the third quarter.

Must be all those Bush "tax cuts for the rich", huh?

Add this news to the rise in consumer confidence, the surge in home sales and the Dow approaching the 11,000 mark and it's easy to see why Democrats are putting all their eggs in the "Iraq" basket.

It seems the unemployment rate is now down to 4.9%, with 169,000 jobs added in August. What, no "the increase in jobs exceeded analysts expectations" commentary? If it fell short of expectations, you can bet your bottom dollar that would be part of the headline.

But wait. The article sets the tone for next month, when the job growth numbers will undoubtably slow because of Katrina. And you just know the MSM will be ALL.OVER.THAT. And guess whose gonna get the blame? Hmm. Let me think...