This Is It...
Two-Hour Season Finale Tonight! 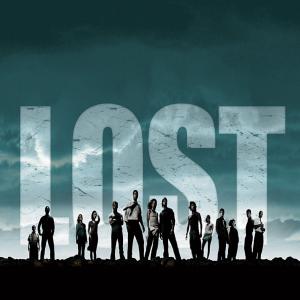 And BTW, the show will soon be scouting for two new females to replenish the two they just executed.

The Beginning Of The End Of Repeats? As a fan of the TV show "Lost", I've heard fellow viewers vent their frustration all season about repeat episodes. Television has always followed a sweeps formula designed to get the biggest bang for the buck in the months of November, February and May. Lately, however, it's gotten ridiculous. Basically, with the exception of a season's first month or so, the only time it seems that there are new episodes is during or near the three sweeps months. In December, much of January, March and April, the networks seem to use these months as dumping grounds for repeat episodes - many of which are shown out of sequence.

What's made it worse is that the number of episodes per season for a given show has dropped from 26 to - at most - 22 (the show "24" is the obvious exception). So in the last five to ten years, networks have been stretching 22 new episodes over 35 weeks or more - from September through May - while airing the bulk of new episodes in the sweeps months. more...

Get "Lost" Tonight
Questions Need To Be Answered!

What happened to Michael when he went to look for "the others"?

What is that facility called "the Pearl" that was marked by the big question mark?

What would happen if Locke didn't input the numbers into the computer at the hatch?

Do the show's creators have ANY idea where they are going with this?

Hopefully we'll get answers to at least the first three on tonight's episode titled "Three Minutes"!

Get "Lost" Tonight Finally! Season two is starting to get interesting - just as its winding down. It's not like I was ready to give up this show, but man up until now it's been fairly underwhelming. While we've learned a little more about the "others" and the "hatch", the plot was getting - IMO - a little stagnant.

Well, last week's show put an end to that. And J.J. Abram's promise to make the last few episodes "killer" is coming to fruition.

1 I was of the same opinion that you were. The middle episodes of this season were very dry and actually boring. Then a few weeks ago they started picking up again and I got excited. It's now back at the top of the list of my must watch shows. The shooting of those two was totally unforeseen by my wife or myself. Such a central character as anna being killed off like that was a bold move by the writers. I like to avoid all the net discussion on shows like that exactly because of the "people were suspecting this" thing that goes around. I'd much rather be surprised and discuss it afterwards.

The ratings were so bad they're not even going to show the final three episodes during May sweeps. Even in an April full of "ER" repeats, it went off the radar. In it's Thursday 10pm spot, ABC will air its newsmagazine "Primetime". The remaining new episodes will be played sometime during the summer, when no one is watching TV anyway.