That's all I have time for. Miss it and it's your own loss.

2 What an intense episode! I thought it was going to be a little boring/off-track, but it was great! Mr. Goody Two Shoes turns out to have been hooking up (pun intended) with a prostitute for who knows how long, goes head-to-head with his namesake (from TOS), threatens and kills a mobster, and is generally shown to be a bad-ass with some serious emotional issues. We had no idea! Looking forward to next week for my reunion with Anders! Yeah, baby!

3 This episode was a perfect example of why I would describe the series as "gritty". The characters on the show are as real as any that you would find on television today. I like that Ronald D. Moore gave a character to Richard Hatch that was so "meaty". He deserves it. And he plays it VERY well. Is it me or does it look like Tom Zarik is the new "black market" godfather?

4 Very worthwhile episode. I agree, Gary: it's nice when a sci-fi show can also stand on its own merits of quality drama and character depth. I liked his line about "Just because we're all wrong, doesn't make it right".

5 10pm - Sci-Fi. Watch it. That's all I have time for. Miss it and it's your own loss. Really, you LIKE this show? I would think that a well written, intelligent show like Galactica would be above your intelligence level! I would have assumed you would think that it was an apology for terrorism as they portray the cylons as being sympathetic on occasion. You never can tell!

President To Be Removed From Office That is, the President from the land of make-believe, Josiah Bartlett - aka lefty moonbat celebrity Martin Sheen. 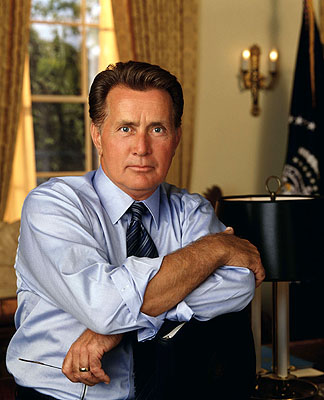 Hey, when you're Hollywood and your political heroes disappoint you, you can always write a better story. Which is what happened seven seasons ago. In the wake of Bill Clinton's disgraceful second term, Liberal writers decided to huddle together and create for the viewing audience a vision of what the Clinton Presidency could have been.

It started off as a pretty popular show, but Americans eventually got tired of "The West Wing" and its ratings tanked. Now, NBC will be cutting this once-Emmy winning series from the line-up. Often referred to by Conservatives as "The Left Wing", the writers found they couldn't create Republican characters that weren't blatant stereotypes so they would often invite real-live Republicans in as consultants. Sometimes it worked. Most times it didn't.

The show apparently jumped the shark a while ago but you know that a series is on life support when it resorts to putting Janeane Garofalo in as a guest star.

1 Wordsmith from Sparks from the Anvil sent me over here as I had written a similar entry. Your entry is much more entertaining!

3 Aww. Isn't that cute. You learned how to use the Internet Movie Database website. Prior to 2001, she was actually funny. Then she caught a wicked case of BDS (Bush Derangement Syndrome) and went full-fledged moonbat. Nowadays she's the joke.

What I'm Watching Update (Mid-Season Review) Back in September, I posted a list of TV shows I planned to watch this season and why.

Now that we've hit the mid-point, I thought I'd revist that post and grade them. Click "more" to read. more...

1 Good stuff indeed, I agree with you with respect to "Doogie Howser"'s breakout performance in "How I Met Your Mother." His screen-time is hysterical and the reason I keep coming back to that show. I never really got into the CSI shows (much less their clones), but I am well and truly hooked on "NCIS" (formerly "Navy CIS"). A great cast good plots and character development, and no leftist whining/America-sux claptrap prevalent in television these days (amazed it's lasted as long as it has and still going strong).

2 But dude, this is the FIFTH season of 24. You mean this is the first season you've seen?

3 No, I mean I'm not even watching THIS season yet. My life is accumulating a time DEFICIT at this point. My hope is to catch up in time for NEXT season.

4 I'm like Gary and missed the first 4 seasons,...er...days of 24. However, I picked it up this last Sunday and now I am hooked like a crackbaby. And in hidef it's like watching a freaking movie. Just beautiful! Gary, ya gotta put this one on your list.

Will Starbuck have the...ahem...cojones to blast Admiral Cain in the head? Personally, I think someone else will, first. And that person serves aboard the Pegasus.

1 The person that dispatches Cain has been on the Pegasus for quite a while. Looking forward to tonights episode!

2 That post and photo deserve a caption... "Well you know what, Gary? You can KISS my frakking cojones." - Starbuck

3 Betcha it's Cain's XO who pulls the trigger. He's under a lot of stress and you can tell he's afraid of her. Of what she's capable of.

4 Or maybe the civilian engineer. Did Cain kill his family?

5 FRAK ME! I did NOT see that coming. This show never ceases to impress me.

6 Oh, Gary, if you'd just read the scifi message boards you would have already known that there is a screen shot that shows a rather abused, female wrist attached to the hand that is holding the gun that is pointed at Cain. I bet you never peeked at your Christmas presents before Christmas morning...

7 The same sci fi message boards have spoilers regarding Lee/Dee...yeeech! Buck..I always peeked at my Christmas presents. I was hoping Ron Moore would have gifted me with the building of a Kara/Lee relationship...

The Star Trek Manifesto Here's a site where the guy makes a well-thought out and convincing argument that the "Federation" in the Star Trek universe (TNG and after) is essentially totalitarian in nature.

As Mr. Spock would say, "Fascinating".

Note: I'm angry at myself because when I stumbled upon it I had bookmarked it for reading later and forgot to note the referring source. If it's you, please leave a comment and I'll be sure to credit you! Apologies in advance.

1 I've been telling my fellow Trekkie friends about this idea for years, and they have always looked at me like I was a loon! I'd love to see a book that would explore those who lived outside the Federation on Earth somewhere.

2 I've been watching ST:TNG recently, and I'm amazed that I ever liked it. It's a reeking pile of leftist drivel from beginning to end.

BSG Is Back! The second half of Battlestar Galactica season two starts tonight! 10pm on Sci-Fi. 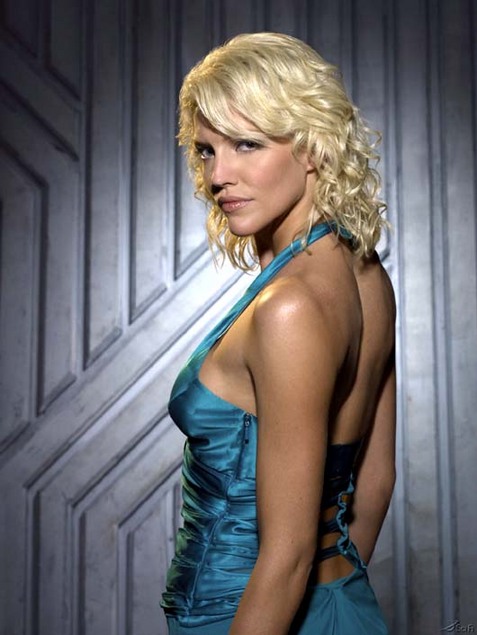 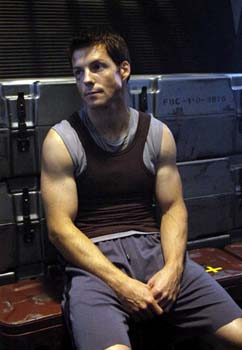 3 Excellent! Thank you! I don't suppose you could post a screen shot from when he was wearing just a towel in one of the ep's from last year? :wink:

4 Well, I'd be happy to do that for you, Commander, but, you know, she is the only person who wants to take us back to Caprica...where I can get it on with Anders again!

- Starbuck Good ep tonight, and next Friday should be quite interesting! They're baaaack!