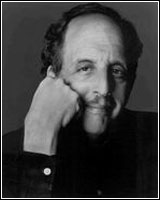 You've seen seen him countless times in many popular films. Most often he was referred to as "that creepy looking guy in the subway scene of 'Ghost'".

Today, Vincent Schiavelli died of lung cancer. Of all the characters he played, my personal favorite was the science teacher with the hot wife in "Fast Times At Ridgemont High", Mr. Vargas. Who can forget the immortal line:

"Listen, I just switched to Sanka this morning. So...have a heart?"

Later in the film he has a memorable scene actually holding a human heart.

1 For some reason, what stands out for me was when he played a carnie freak with a conjoined twin on an episode of the X-Files. Probably remember it, because that episode was outstanding in so many ways.

2 and who could forget him in one flew over the cuckoo's nest (and yes, that x-files episode was great)

3 Didn't he also play a teacher in Better Off Dead, the John Cusack cult classic? Everyone wants to go out with Cusack's character's ex-girlfriend Beth, including the weird but cool math teacher, whom you see Beth driving off with in his VW bug after school...

4 Yeah, that's another one of my favorites: "Lane, this is awkward. But I understand you used to date Beth and I was wondering..."