"Barbarella" Returning To The Big Screen No, not Jane Fonda. Although, notwithstanding her seditious activity during Vietnam, it's hard for any man not to admit that - back in the day - she was pretty smokin' hot: 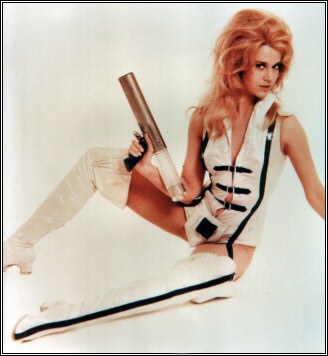 But word is that the man who brought us the original "Barbarella" back in 1968, is geared up to re-introduce the character into what I'm sure will be a multi-picture series.

De Laurentis quickly stated up front that the new film is "not a remake of 'Barbarella"' but "a completely new 'Barbarella.'"

At present no-one has been cast in the project, and the script is being worked on right now and will incorporate "love, sex, [and] adventure".

DeLaurentis is also the producer or executive producer behind such iconic films as the 1976 version of "King Kong", "Flash Gordon", "Conan The Barbarian" and the last three Hannibal Lector rip-offs movies.

Since the casting choice for the lead has not been made, I'd like to humbly offer my suggestion: 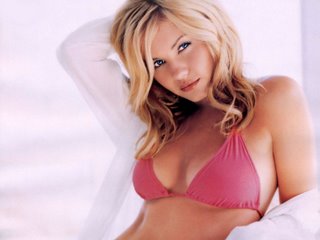 1 I agree. She would make a great Barbarella.

Yeah. this barabella was good. I also heard that they want to make new one!! it will be great!