Last week, I announced the impending conclusion to the Ex-Donkey Blog. That hasn't changed, but at that time my future in the blogosphere was in limbo.

However, I'm pleased to announce that after intense negotiations (they generously asked, I gratefully accepted) that future is now clearer. Upon the formal moth-balling of this site in two weeks time, I will be signing on as an associate (if erratic) contributor to The Llama Butchers.

Steve and Robert have cleaned out one of the guest rooms at Orgle Manor for me with the only stipulation being that I have to clean my own bathroom. Actually, it's similar to an arrangement I made with my parents right after I graduated from college. I hope I'll be better about the bathroom thing this time around. 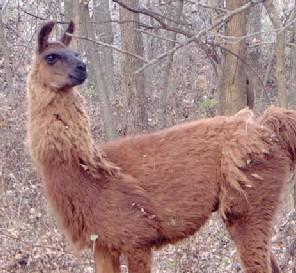 This is a welcome opportunity for me to continue to post when the urge strikes me without having the duties of maintaining my own site. It should be a blast. If you haven't already, update those bookmarks and links today.

1 Now that you mention it, (ex-)donkeys do kinda resemble llamas... Glad to see you'll still be out there.

2 Very good to hear that you will still be posting, regardless of where or when it might be. Something told me my offer of my blog would be one-upped somehow...

3 The Llamas and I go back quite a ways, but to you and other handful of bloggers who made similar offers I want to express my gratitude. I hadn't really expected that. :-)

4 Why do I get the feeling that the LLamas are slowly assimilating the entire blogosphere?

5 True. You can only grow so fast organically via sheer strength of will (and shamless Google-chumming). They've now incorporated acquisition into their strategy. All of your base are belong to them. :wink: