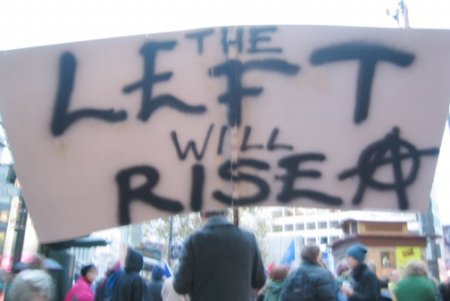 Russell Shaw over at Hufflepuff daydreams of a Democratic victory on election day brought to them by the mass murder expertise of a terrorist organization.

What if another terror attack just before this fall's elections could save many thousand-times the lives lost?

I start from the premise that there is already a substantial portion of the electorate that tends to vote GOP because they feel that Bush has "kept us safe," and that the Republicans do a better job combating terrorism.

If an attack occurred just before the elections, I have to think that at least a few of the voters who persist in this "Bush has kept us safe" thinking would realize the fallacy they have been under.

I am not proud of myself for even considering the notion that another terror attack that costs even one American life could ever be considered anything else but evil and hurtful. And I know that when I weigh the possibility that such an attack- that might, say, kill 100- would prevent hundreds of thousands of Americans from dying who otherwise would- I am exhibiting a calculating cold heart diametrically opposed to everything I stand for as a human being. A human being, who, just so you know, is opposed to most wars and to capital punishment.

But in light of the very real potential of the next two American elections to solidify our growing American persona as a warlike, polluter-friendly nation with repressive domestic tendencies and inadequate health care for so many tens of millions, let me ask you this. Even if only from the standpoint of a purely intellectual exercise in alternative future history:

If you knew us getting hit again would launch a chain of transformative, cascading events that would enable a better nation where millions who would have died will live longer, would such a calculus have any moral validity?

Why do I believe that most Democrats on the Hill and those around the nation believe this philosophy? To read it in a public forum says much about the author - he has the guts to speak the truth about Democratic philosophy without hiding behind a false sense of patriotism. Democrats and Liberals hate America as it is and would welcome, if not encourage, a violent event to be the catalyst of change - hoping it would be in their favor. 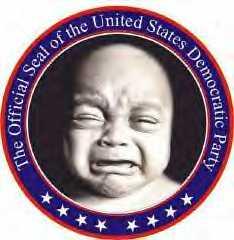 Liberal politics will prove fruitless as long as liberals refuse to multiply.


The midterm election looms, and once again efforts begin afresh to increase voter participation. It has become standard wisdom in American politics that voter turnout is synonymous with good citizenship, justifying just about any scheme to get people to the polls. Arizona is even considering a voter lottery, in which all voters are automatically registered for a $1 million giveaway. Polling places and liquor stores in Arizona will now have something in common.

Simply put, liberals have a big baby problem: They're not having enough of them, they haven't for a long time, and their pool of potential new voters is suffering as a result. According to the 2004 General Social Survey, if you picked 100 unrelated politically liberal adults at random, you would find that they had, between them, 147 children. If you picked 100 conservatives, you would find 208 kids. That's a "fertility gap" of 41%. Given that about 80% of people with an identifiable party preference grow up to vote the same way as their parents, this gap translates into lots more little Republicans than little Democrats to vote in future elections. Over the past 30 years this gap has not been below 20%--explaining, to a large extent, the current ineffectiveness of liberal youth voter campaigns today.

Puts a whole new spin on the "Vote or Die" campaign. Based on this data, what are the chances of liberals adding themselves to the endangered species list?

The fertility gap doesn't budge when we correct for factors like age, income, education, sex, race--or even religion. Indeed, if a conservative and a liberal are identical in all these ways, the liberal will still be 19 percentage points more likely to be childless than the conservative. Some believe the gap reflects an authentic cultural difference between left and right in America today. As one liberal columnist in a major paper graphically put it, "Maybe the scales are tipping to the neoconservative, homogenous right in our culture simply because they tend not to give much of a damn for the ramifications of wanton breeding and environmental destruction and pious sanctimony, whereas those on the left actually seem to give a whit for the health of the planet and the dire effects of overpopulation." It would appear liberals have been quite successful controlling overpopulation--in the Democratic Party.

Perhaps an altogether larger reason for the baby gap between conservatives and liberals can be found in the results of this STUDy. Obviously stronger, more enduring competition is only one part of the puzzle in understanding the fertility problems encountered by liberals. In a revealing photo journal entry, Zombie captures the essence of the fertility difference (as diminutive as it is) between liberals and conservatives. Taking into account this lacking in the liberal persona and the not so appetizing choices that populate the liberal dating pool, it is no surprise for me to read that liberal fertility rates are dwindling in the wake of stiff competition.

Jimmy Carter Goes Fishing No, Carter is not fishing for trout in an idyllic stream near his home. We should be so lucky! He's still fishing for compliments from the world at large, and this time he gets some from Der Spiegel, Germany's foremost "America Sucks" news outlet.

Carter, of course, brings up the usual canards of how President Bush has cut taxes to benefit the rich while the poor suffer and how Bush is breaking down that wall between church and state. He doesn't give specifics, however, telling readers that the details are in his latest book...the fact that most Germans won't bother to read the book and will be getting their information from this publicity stunt disguised as an interview notwithstanding. Of course, the Germans wouldn't find out from the book either that the administration is cutting taxes for those who pay the most of them. And a personal belief in God by the president is obviously a serious disintegration of the separation between church and state. Now you know!

Here's one of the more nauseating passages of the interview:

SPIEGEL: What makes you personally so optimistic about the effectiveness of diplomacy? You are, so to speak, the father of Camp David negotiations.

Carter: When I became president we had had four terrible wars between the Arabs and Israelis (behind us). And I under great difficulty, particularly because Menachim Begin was elected, decided to try negotiation and it worked and we have a peace treaty between Israel and Egypt for 27 years that has never been violated. You never can be certain in advance that negotiations on difficult circumstances will be successful, but you can be certain in advance if you don't negotiate that your problem is going to continue and maybe even get worse.

SPIEGEL: But negotiations failed to prevent the burning of Beirut and bombardment of Haifa.

Carter: I'm distressed. But I think that the proposals that have been made in the last few days by the (Lebanese) Prime Minister (Fuoad) Siniora are quite reasonable. And I think they should declare an immediate cease-fire on both sides, Hezbollah said they would comply, I hope Israel will comply, and then do the long, slow, tedious negotiation that is necessary to stabilize the northern border of Israel completely. There has to be some exchange of prisoners. There have been successful exchanges of prisoners between Israel and the Palestinians in the past and that's something that can be done right now.

If at first you don't succeed, try, try again. Carter blames Israel earlier in the interview (of course!) and thinks that if we all sit down for a cuppa and a nice long chat, we can sort out the differences. What he fails to address, however, is that Hezbollah and the Palestinians don't really want peace: what they want is the total annhialation of Israel. Nothing else will suffice. But his one success (bolstered by the fact that Israel and Egypt at the time were ready for negotiation no matter who brokered it) makes him an expert on every situation in the Middle East.

SPIEGEL: Should there be an international peacekeeping force along the Lebanese-Israeli border?

SPIEGEL: And can you imagine Germans soldiers taking part?

SPIEGEL: ... even with their history?

Carter: Yes. That would be certainly satisfactory to me personally, and I think most people believe that enough time has passed so that historical facts can be ignored.

Because international "peace keeping" forces have been so successful in the past. And the Germans wouldn't take part anyway. They're too busy acting as though they're above the fray. (Here's an interesting bit of German and Muslim history that doesn't get talked about much these days.)

What really sticks out in this interview is how many times Carter refers to how things affect him: he's distressed, he'd be personally gratified, when he was president, blah blah blah.

Reading the whole thing is a great idea if you're dieting...it'll help to keep your appetite at bay.

Burnishing his reputation...
one interview at a time