Fidel Fading Fast So says U.S. Intelligence chief John Negroponte. It'd be ironic if he assumed room temperature in the early hours of January 1, which would be the 48th anniversary of Fulgencio Batista's fleeing the island nation from Castro's insurgency.

And, as all devout fans of the "Godfather" films will recall, it would also be the moment in the story when Al Pacino delivered his famous line: 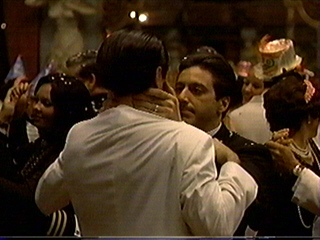