Bush Throws Down The Gauntlet This is going to throw the Dems for a loop. And yet, you just had to know something like this was coming. The President just gave a major speech detailing many of the activities that his Administration has been engaged in to prevent further attacks since 9/11.

In other words, it was no accident (though none of his supporters thought so) that we haven't been attacked since.

But here's the kicker: in response to the recent Hamdan v. Rumsfeld decision on military tribunals, he is having Sen. Majority Leader Frist and Majority Whip Mitch McConnell introduce legislation for Congress to explicitly authorize their creation. Dems, who've been going around thumping their chests and saying how safe America would be if they were in charge, are now going to have to put up or shut up.

The President just pulled one of the best maneuvers of his entire presidency. By transferring most major Al Qaeda terrorists to Guantanamo, and simultaneously sending Congress a bill to rescue the Military Commissions from the Supreme Court's ruling Hamdan v. Rumsfeld, the President spectacularly ambushed the Democrats on terrain they fondly thought their own. Now Democrats who oppose (and who have vociferously opposed) the Military Commissions will in effect be opposing the prosecution of the terrorists who planned and launched the attacks of September 11 for war crimes.

And if that were not enough, the President also frontally attacked the Hamdan ruling's potentially chilling effect on CIA extraordinary interrogation techniques, by arguing that Common Article 3 of the Geneva Conventions is too vague, and asking Congress to define clearly the criminal law limiting the scope of permissible interrogation.

Taken as a whole, the President's maneuver today turned the political tables completely around. He stole the terms of debate from the Democrats, and rewrote them, all in a single speech. It will be delightful to watch in coming days and hours as bewildered Democrats try to understand what just hit them, and then sort through the rubble of their anti-Bush national security strategy to see what, if anything, remains.

This is the 2006 equivalent of the Homeland Security Bill of 2002. Democrats will head into a mid-term election either look blatantly weak and obstructionist on national security or pissing off their Moonbat base. 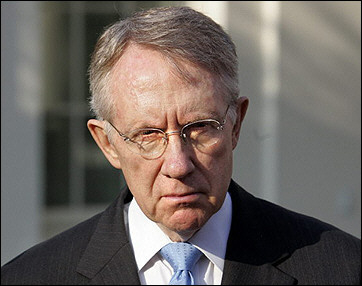 Can't wait to see the responses from the Donks. Heh.

h/t: Michelle Malkin (who liveblogged the speech) and, of course, MFSIL who first emailed me about the speech!