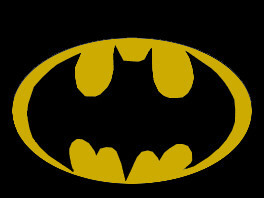 Apparently, it has been announced that a new graphic novel is on its way depicting the Caped Crusader taking on Al Qaeda.

Batman writer FRANK MILLER tells the New York Post, "It is, not to put too fine a point on it, a piece of propaganda. Batman kicks al-Qaeda's a**."

2 Batman attacking the religion of peace? Say it ain't so. The Oracle