McCain Watch Poll Update Okay, so the results are in. Let's take a look.

The questions: "If AZ Senator John McCain Earned The GOP Nomination in 2008, Would You Vote For Him?"

Of the seven choices, I would aggregate the first three answers as "yes", the last three as "no" and the middle option stipulating only if Hillary were the Dem nominee as a qualified "neutral".

Now, four months ago I ran an identical poll. The results were:

Aggregating the answers, McCain has gone from Yes - 63.4%, No - 18.3%, Neutral - 18.3% in July to Yes - 52.0%, No - 28.0%, Neutral - 20.0% as of this morning. Certainly there is nothing scientific about an internet poll on a blog but I'm operating under the assumption that most of the votes come from people who are Republicans and/or lean Conservative. That being the case, this represents a shift in "favorability" away from McCain among those who would be in a position to vote on the nomination in 2008. In particular, the percentage voting "definitely stay home" or "vote Democrat" aggregate moved from 13.3% to 22.0%.

Now, personally, I would have guessed that McCain would experience a slight increase in the favorability in light of the prospect of a Shrillary Presidency with Dems in control of Congress. Eh, what do I know? It's still two years away and the field is wide-open. Expect at least a dozen or so candidates to throw their hats in. It will be interesting to see how this evolves over time.

Conservatives Stay Home = Conservatives Defeated Jim Geraghty at NRO's TKS Blog sounds the warning to those on the Right who are considering sitting this one out in November: you'll only hurt yourselves.

"WhatÂ’s really stunning is this absolute certainty of angry conservatives that A) Republicans will learn the right lessons from the defeat, and not, say, respond in a panic by embracing their inner RINO and flailing around for MSM approval and B) that the Republicans can easily win back Congress in 2008, just by stiffening their spines and pledging to return to their conservative roots.

I have my doubts on both counts. For starters, why would Republicans get the message that Â“we need to be more conservativeÂ” in a year that conservatives were knocked out?

Who are the Republican lawmakers most angering the conservative base? Well, letÂ’s say Sens. Trent Â“IÂ’m tired of hearing about PorkbustersÂ” Lott, Ted Â“Bridge to NowhereÂ” Stevens, John McCain for cosponsoring KennedyÂ’s immigration bill and campaign finance reform, Arlen Specter for being a pain in the tushie over judges, Chuck Hagel for being the New York TimesÂ’ favorite Republican senator to criticize Bush, and other minimally-conservative Republicans like Sens. Olympia Snowe and Susan Collins. Well, theyÂ’re not going to lose in 2006. Most of Â‘em arenÂ’t even up for reelection this year."

A quick look at the races in contention this year have to make Conservatives think long and hard about who'll likely be turned out without their support.

1 This may help assuage your fears. 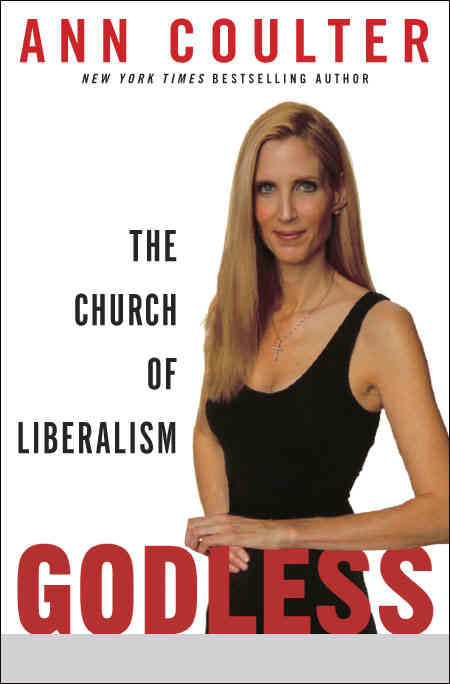 In Defense Of "Big Government Conservatism" The phrase "Big Government Conservative" was coined by Fred Barnes of The Weekly Standard to describe the current spending trend among today's Republican's (he discusses the origin of the term in his book "Rebel-In-Chief" which I highly recommend BTW). The idea that the GOP is running away from "fiscal discipline" and running up the national debt has many Republicans in general (and Conservatives in particular) losing their minds that their party is losing their way.

Nick Danger makes a very interesting post titled "I, Heretic" over at Red State that gives new perspective to this phenomena.

"Here's why we don't have small government: People don't want it. They say they do, but when you threaten to give it to them, they vote for the Other Guys. It took Republican politicians decades to figure this out, and most Republican voters still haven't figured it out. The fastest way to become the minority political party in the United States is to become the party of government frugality and fiscal discipline. Let the Democrats do that. We've been there, done that, and have Bob Dole to prove it.

Besides, the Democrats are lying. The minute they got in, they'd start spending like, well, like George Bush and the Republican Congress are spending. But there's a difference: they'd be spending it on their stuff. More social engineering. More government-dependency programs. More crosses soaked in more urine on more government grants."

Go read the whole thing here. At the very least it will make you think. And the 260 or so comments attached to it spark a lively debate.

1 If this were true, Newt Gingrich and the Republicans never would have gotten anywhere in 1994.

Coulter Should Apologize Just like most Americans - even those who follow politics closely - I missed this story over the weekend. At the CPAC conference, Ann Coulter let fly a tasteless remark. Now, I could easily just let this one pass without comment considering that hardly anyone even noticed. But I want to go on the record here: Coulter should apologize.

Ann makes a living saying provocative things. That's her schtick. And since she drives Liberals absolutely insane, I enjoy most of what she writes and says. But her use of the word "raghead" - although directed at the terrorists - was dead wrong and completely inappropriate. It may not have been intended to be an insult to muslims in general but this is the broader connotation of that particular epithet.

And while the Left will be quick to slam her on this one, it would be the height of hypocrisy on their part. Inflamatory and insensitive comments are their specialty. So they can just forget about even trying to mount that high-horse.

Ann is human (notwithstanding the Left's view of her as a she-demon from hell) and humans make mistakes. In an attempt to entertain her audience, she made a big one. And she should apologize for it. Whether she does or not is her prerogative. But if she chooses not to, she not only undermines her own credibility but reinforces a stereotype about Conservatives that is undeserved.

1 I saw this live and in person, and heard the audible gasp, the entire audience feeling one of two emotions, either "What the f***?" or "Did she just say that?" The rest of her shtick seemed pretty blasÃƒÂ© and canned to me.

2 Garry, I agree completely. Ann is fast approaching the Pat Buchannan level of 'People I'd rather not have on my side.' Of course, Pat is so far to the right he's actually come full circle and is approaching the left.