80's Crush Of The Week This week's 80's Crush is: Molly Ringwald 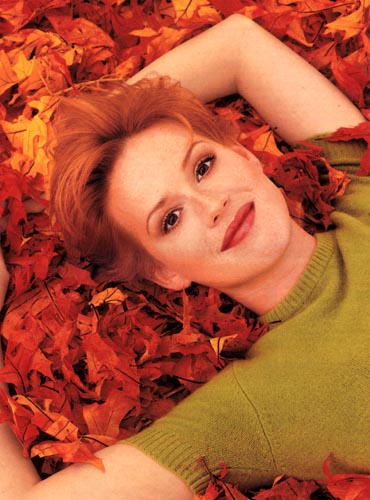 80's Crush Because: What would an 80's Crush feature be without Molly Ringwald, the Queen of the Brat Pack?. She was the forgotten sweet sixteen Samantha Baker in "Sixteen Candles", the archtypical "princess" Claire Standish in John Hughes ensemble, "The Breakfast Club" and Andie Walsh, the girl from the other side of the tracks in "Pretty In Pink" - three films that should be in every thirty-something's DVD library. 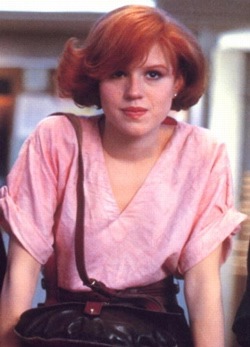 Other Notable Roles: Molly's first break was on the first season of "The Facts Of Life", before they pared the cast down to four girls. She continued in a string of hits that included "The Pick-Up Artist" with Robert Downey, Jr., "For Keeps?" and "Betsy's Wedding". In the nineties, fame kind of waned for Molly and, other than a starring role in the miniseries "Stephen King's The Stand", her appearances have since been mostly relegated to made-for-TV movies. 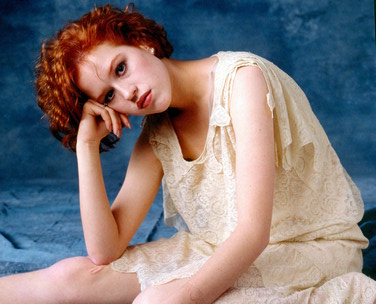 Most Recent Media Appearance: In late 2004, she starred in the play Modern Orthodox on Broadway, opposite Jason Biggs and Craig Bierko. 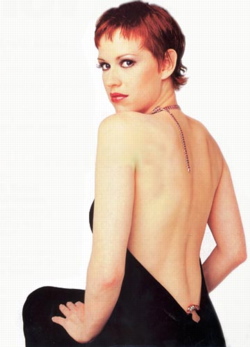 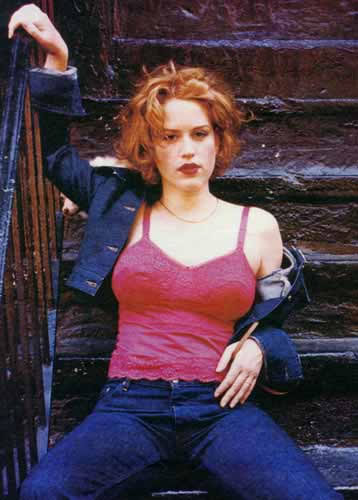 Career Moment She'd Probably Like To Forget: Molly turned down three roles that could very well have revitalized her career. She opted not to be Amanda Jones in "Some Kind Of Wonderful" (which was played by fellow 80's Crush Lea Thompson) or Molly Jensen in "Ghost" (played by Demi Moore). And had she accepted the role of Vivian Ward in "Pretty Woman", who knows if we would have ever heard of Julia Roberts? 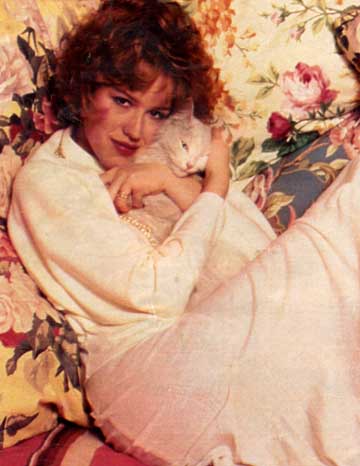 Interesting Factoids: Molly is also fluent in French and she rank #1 on VH1's list of the "100 Greatest Teen Stars". She dated fellow Brat Packer Anthony Michael Hall in the mid-80's (who is a lot hunkier these days, if not a little more scary looking). In 1986, she made the cover of Time Magazine. 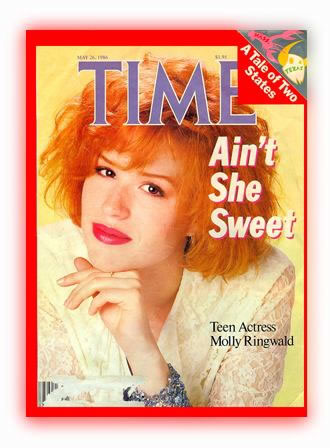 Still Crushin'?: Not Crushin', but Molly deserves a bust in the 80's Crush Hall of Fame.

Ladies, don't forget to check out AgentBedhead for her male 80's crush up just for you.

1 Gosh, that first line just made me realize I'm "thirty-something." I always thought the people on that TV show were so...old. But being thirty-something doesn't feel so bad. In fact, it's pretty darn good. But when I hit 40, like you, Gary, I'll probably start to feel a little old.

2 Unfortunately, she's thrown the US over for France! She lives there. I feel old because she's younger than me! 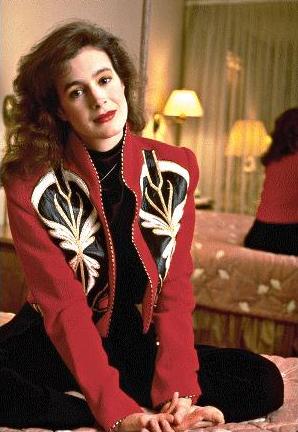 80's Crush Because: Male fans of the classic Bill Murray comedy "Stripes" can be broken down into two groups: you either had a crush on P.J. Soles or Sean Young. You can count me in the latter group. Sean Young has that nice mix of sexy and fun that made her the perfect mistress. And she played that part to the hilt in the 1987 thriller "No Way Out" with Kevin Costner. 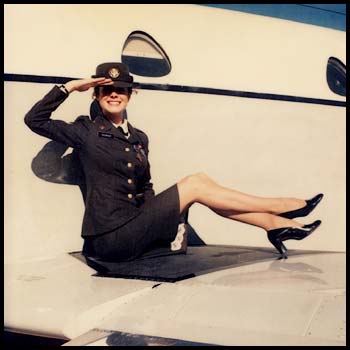 Other Notable Roles: Sean played the very lifelike android "Rachael" in the sci-fi favorite "Bladerunner" and appeared as twins Dorothy and Ellen Carson in the 1991 mystery "A Kiss Before Dying" with Matt Dillon. 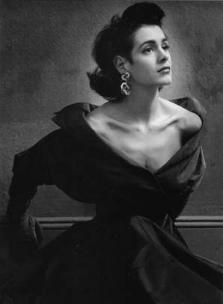 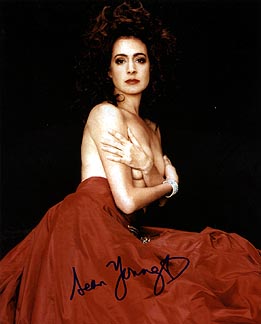 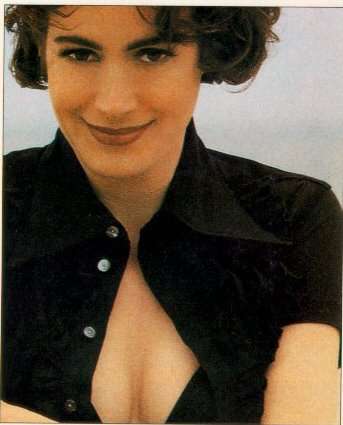 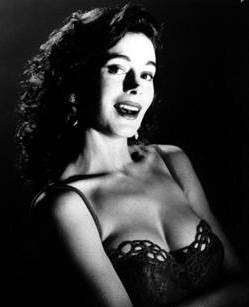 Interesting Factoids: Sean had a reputation as a bit of a whack-job thanks to stalking rumors started by former boyfriend, actor James Woods. She was cast as Vicki Vale in the 1989 "Batman" but had to be replaced by fellow 80's Crush Kim Basinger. She hurt her wrist in a horseback riding accident in preparation for a scene in the film that was eventually written out of the script. But not to be deterred, Sean pursued an opportunity in the sequel "Batman Returns" to star as Catwoman but Director Tim Burton wasn't interested. She also screen tested for the role of Marion Ravenwood in "Raiders of the Lost Ark". 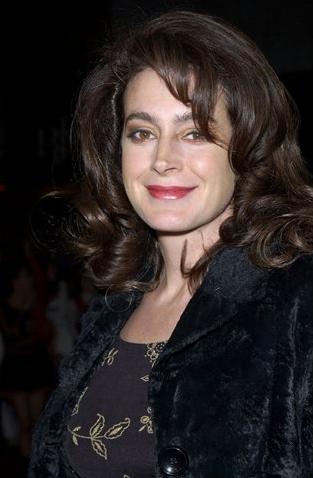 Still Crushin'?: Not really. This is a true "80's crush. I haven't thought about Sean until recently. But she still rates as a hot actress for her age.

Ladies, don't forget to check out AgentBedhead for her male 80's crush up just for you.

1 I only had a passing, slight interest, from her in Bladerunner. Sean pursued an opportunity in the sequel "Batman Returns" to star as Catwoman but Director Tim Burton wasn't interested. If anything made me think she was a "whack job", it was her appearance on The Tonight Show. Her antics and pandering to get the catwoman role was rather embarrassing, I thought. I really thought she had lost her mind.

2 Had the great misfortune to meet her at the Fort Hood, TX Officer's Club while she was filming "Firebirds"...kind of a buzzkill.

80's Crush Of The Week This week's 80's Crush is: Courtney Thorne-Smith

80's Crush Because: Okay, I know you're saying "She's not an Eighties chick! She's a Nineties chick!". Not so fast there bub. Before she hit the big time playing Allison Parker on "Melrose Place", Courtney caught my eye in 1987 as the surfer girl Pam in "Summer School" and the love interest of chief nerd Lewis Skolnick (Robert Carradine) in "Revenge of the Nerds II: Nerds In Paradise", a decent but still inferior sequel to the original film.

Other Notable Roles: Courtney played Georgia Thomas on "Ally McBeal" from 1997-2000, a thankless role playing a lawyer who was perpetually cranky because her husband still pined for the anorexic title character (Calista Flockhart).

Most Recent Media Appearance: She is currently starring in the sitcom "According To Jim" with Jim Belushi and, in 2005, provided the voice of Catwoman in the animated "Batman: New Times".

Career Moment She'd Probably Like To Forget: In 1995, she did an awful made-for-TV movie called "Beauty's Revenge" about an obsessive small town beauty queen who goes to great lengths to keep the love of her life from reconciling with his ex-girlfriend.

Interesting Factoids: From birth, Courtney used the last name of her mother, therapist Lora Thorne-Smith. Her on-screen romance with Andrew Shue on "Melrose Place" took place off-screen as well but it only lasted a year. If it seems the Courtney's breasts have gotten smaller over the years, you're not losing your mind. She once measured a 32DD (queue Glenn Quagmire: "Heh, heh. Oooooh, Yeah!") but is now a C cup, which she attributes to a redistribution of her body fat through her yoga regimen.

Still Crushin'?: Yes. Her current stint on "According To Jim" gives me false hope that a hottie like this could end up with an average-Joe shlub like me.

And guess what ladies? Sadie at AgentBedhead has her own 80's crush up just for you.

1 Gary, I thought I'd sneak into this post and let you know that someone forwarded the following link to me: http://dailyniner.com/melissat1.shtml Wasn't sure if you already knew about it; but know you'd be interested.

2 Humana, Humana, Humana! :shock: No wonder I've been getting so many google hits for "Melissa Theuriau". Real or photoshopped I wonder. Cute little tatoo there. 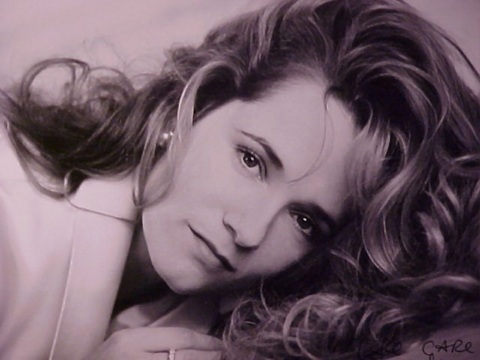 80's Crush Because: When you look up the word "sweet" in the dictionary, there's a picture of Lea Thompson. Perfecting the all-American girl thing, Lea's break-out roll was as Lorraine Baines McFly "Back To The Future" and its subsequent sequels. To this day, when I see her in a love scene on film I can't help thinking to myself "Hey you, get your damn hands off of her!". 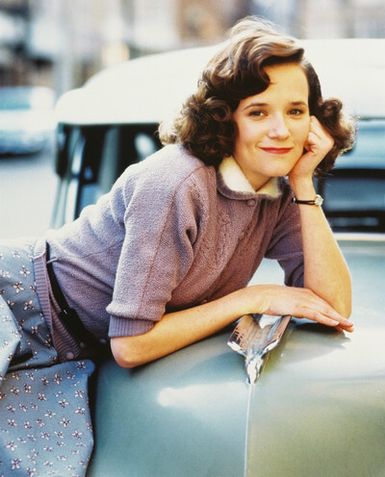 Other Notable Roles: Most of Lea's most famous roles came in such films of the 80's as "All The Right Moves", "Red Dawn", "Some Kind Of Wonderful" and "Casual Sex?". From 1995-1999, she charmed audiences all over again on the small screen as "Caroline In The City". 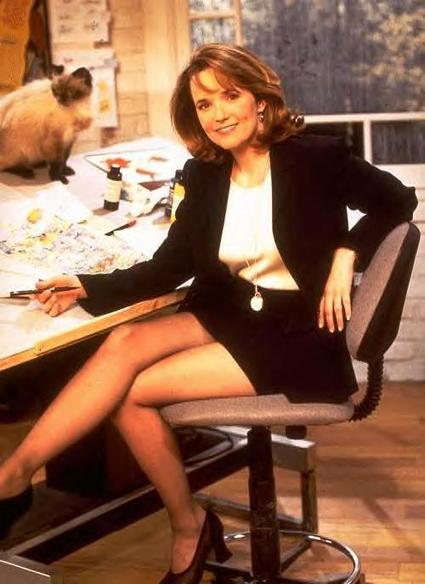 Most Recent Media Appearance: Last year, Lea appeared in a series of films on the Hallmark Channel that focused on a character named "Jane Doe", an ex-secret agent turned housewife who helps the government solve mysteries. 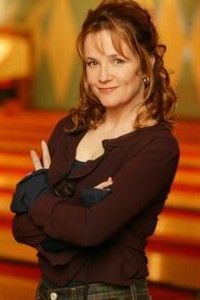 First Real Acting Gig: She appeared in Jaws 3-D, as a water ski performer, although she couldn't swim or ski. 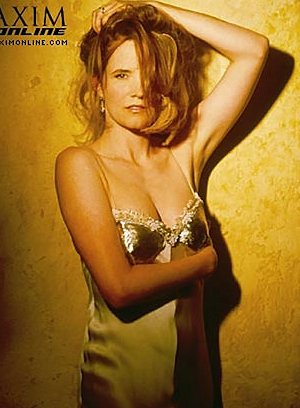 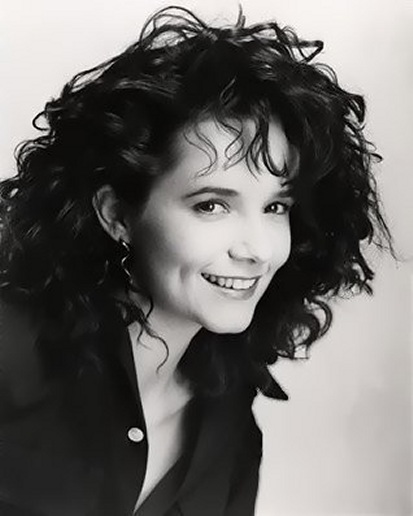 Interesting Factoids: It took approximately four hours to apply the makeup that would make her appear middle-aged in "Back To The Future". In early drafts of script for that film, the character's name was Mary Ellen and then Eileen before the writer's finally settled on Lorraine. Early in her career, Lea was a ballet dancer who danced in more than forty-five performances with the American Ballet Theater. She turned to acting when famous ballet dancer Mikhail Baryshnikov told her she was a beautiful dancer, but "too stocky". Like past 80's Crush, Elisabeth Shue, she appeared in several Burger King commercials. 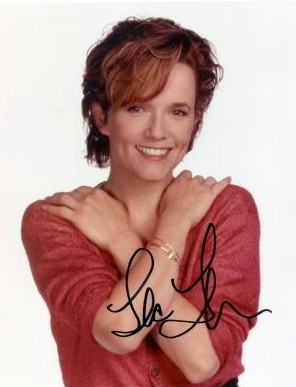 Still Crushin'?: Yes. She's as much the "girl-next-store" today as she ever was.

For past entries, go to the 80's Crush Vault

2 The Crush Meter is not an objective measurement. Sigh.