Happy New Year! Wishing you all a happy and healthy 2007!

Merry Christmas To All

Christmas: 1, PC Bullsh*t: 0 Two cheers for the Port of Seattle commission who pulled their heads out of their asses and put those beeyooteefull Christmas trees back up at the Seattle-Tacoma International Airport.

I don't blame Rabbi Bogomilsky for requesting a lighted Menorah. I just can't stand the fact that we live in such a litigious, knee-jerk, CYA, politically-correct age that the commission's first reaction was to take them down in the first place (which is why they only get two cheers).

1 Happy Thanksgiving to you and your family, Gary!

2 And to you, my dear. Enjoy this holiday in the birthplace of America's freedom. :wink:

3 I tried offering you my Thanksgiving well-wishes before, but mu.nu was blocking out all comments, due to spam. Hope you had lots of turkey, and no more spam!

Stress Management For The Holidays Last year, on the day before Thanksgiving, I posted some advice for those folks who have to face a holiday feast among the politically diverse. What follows is a reprint of that post (with a post-election update):

Or "Being Surrounded By Donkeys On Thanksgiving".

Many of us who are Conservatives and/or Republicans and live in "Blue States" will be going to visit relatives tomorrow. And many of us will come into contact with relatives who are Liberals and/or Democrats openly hostile to President Bush, the war or the GOP in general. more...

1 I'm fortunate this year to be going to my father's, where we all agree on politics. Most other years aren't too bad either, since one stepbrother and his wife are really the only ones who are staunch liberals...everyone else is either a conservative or somewhere in the middle.

2 My "family" of 5 is 3-2 Republican-Democrat, so my brother and his girlfriend are always in the minority. Unfortunately (should I say that???), this year my (late) father's cousin, her husband and their daughter are coming to MY house for dinner, and they are S-T-A-U-N-C-H Dems. We will be outnumbered 5-3. Hopefully they will have taste and refrain from rubbing it in... Nah, I doubt it. Happy Thanksgiving Everyone!

3 I am VERY fortunate. My boss is a Republican (an Orthodox Jewish one), my sister is a Republican, my entire family on both sides are Republicans. Some are more conservative than others but the bottom line is that even though we are mostly in agreement, we don't really discuss it! I grew up in the "olden days" (born in 1942) when it was considered really bad manners to discuss sex, religion or politics at the dinner table! I think it was a great rule then and an even greater rule now!

4 I think this covers it, via Instapundit: http://throwingthings.blogspot.com/2006_11_19_throwingthings_archive.html#116420683293405772 Pre-Meal Thanksgiving Safety Demonstration Welcome to this Thanksgiving meal, with non-stop service from passive aggression to outright yelling. This afternoon's meal will last approximately two hours and 14 minutes. At this time, please direct your attention to the head of the table for the pre-meal safety demonstration. Emergency exits are located at the door into the kitchen and through the living room into the front hall. Please take a moment to locate the exit nearest you....

5 I should have read this before I sat down to the table and there was Liberal Democrat sitting across from me. I was shushed by my in-laws, which I hate, but I didn't engage. Yes, for once I kept my yapper shut. :wink: 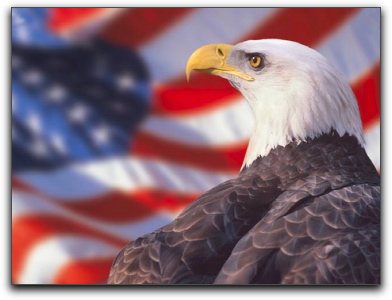 No posting this weekend. Celebrating the 4th! Enjoy!

1 From the UK, I'd also like to wish you a happy independence day. This is a day all freedom lovers can celebrate, and thanks to American becoming free, it was, and is, the greatest defender and extender of liberty the world has ever known. God Bless America and her people Michael, Senior Editor, Western World Politics 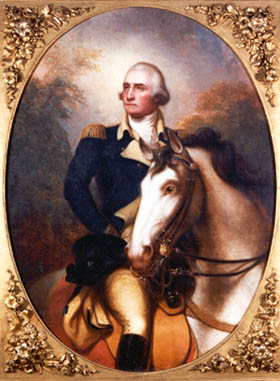 We appreciate the brave men and women in uniform who protect our country and advance freedom around the world. We are grateful to their families for their support and sacrifice, and we pray for all those who have lost loved ones in freedom's cause. Our nation will always remember the heroes who have given their lives to protect us all.

As we celebrate the New Year, we give thanks to God for his blessings and ask for his guidance. We look with hope to the year ahead and the many new opportunities the future will bring.

1 Merry Christmas to you, Gary!

Christmas Memories Well, it's been a looooong day. There are two things I am reminded of from all the festivities.

First, the most wonderful sound in this world is the sound of a child who is elated when they open those packages and see magic where I see a piece of mass-produced plastic crap.

Even the little one:

The other thing I've come to realize is that if I ever get my hands on the sumbitch that invented this new trend in packaging where they use wires to harness the toy in the package to the box and twist them into these ghastly knots that wear my fingers down I'm going to hit him upside the head with a Louisville Slugger. Just look at this mess:

It took me fifteen minutes to pry this Jessie doll free of the package (Justin's obsessed with all things "Toy Story"). And that wasn't the worst part. It took me almost a half an hour to get this dancing Robosapien unpacked:

1 :wink: Looks like mine wasn't the only household deluged in plastic and twistyties. My husband actually got big paper cuts from all the cardboard boxes! Bleeding hands! I too hate the way toys are packaged these days...and we save all those twisties! I don't know why. Did I see a lightsaber in the background??? Woo hoo! Come on over to OH for a mega Star Wars marathon on New Years Eve!!

2 Oh we've got lightsabers. Green ones and blue ones and red ones and purple ones. Lightsabers that light up and lightsabers that don't (but their handles are cooler). For Christmas, his godmother got him the "build your own lightsaber" kit. I have to keep in practice, the kid's getting good. I'm getting bruises. :wink:

3 Oh, I know the kit you're talking about...Son got that on his birthday and is now Darth Maul. He got Obi-Wan's lightsaber for Christmas...I think the total is now at least 10. Today I'm taking him out to spend his Christmas money; we need to find a Luke Skywalker for the X-wing fighter.

For Those Who Go A Teeny Bit Overboard This Season You can see the ghastly displays at Ugly Christmas Lights.com.

Christmas Wars: Episode III Revenge Of Blue's Clues The attempts by so many politically-correct crusaders and paranoid atheists in this country to dilute the importance and meaning of Christmas these days is often quite easy to spot.

But Robert the Llama-Butcher has discovered it's infiltration into a children's book. If you thought talking salt 'n pepper shakers were peculiar, wait until you see how the Blue's Clues characters introduce you to the holidays of the season.

For the record, here's my take on the "holiday" season. Christmas and Hanukkah are religious holidays with traditions dating back thousands of years. Kwanzaa is - at best - a cultural celebration. So I feel no more compelled to wish anyone a Happy Kwanzaa than I am to wish someone a Happy St. Patrick's Day. And I wish people a Merry Christmas whether they celebrate it or not. I'm wishing them peace and happiness in the spirit of the day. I'm not insisting that they observe its traditions or significance as I see it.

People who are offended at being wished a "Merry Christmas" need to lighten the hell up and have a heavily rum-laden egg nog.

What A Day Well, the day got off to a rousing start when the family and I loaded up the Tactical Urban Assault Vehicle minivan and headed across the state to my in-laws' neck of the woods. Our mission: to go out and get our Festivus Pole Christmas Tree.

After canvassing the entire tree farm we finally stalked and killed our very own tree, as seen here with Ryan (holding the saw) and Justin (in the background).

We stopped at my brother-in-law's place for hot chocolate all around. Then we hauled it back to the homestead where I proceeded to wrestle with said tree until I could get it to stand up on its own while still looking somewhat straight from at least one side. The needles of a Blue Spruce are not to be taken lightly and my hands and arms are covered in red dots from where I was stuck by those little sap-laden buggers.

To make the day complete, I got a call from my sister-in-law in Atlanta who informed me that, if I wasn't watching the Giants game, I should turn on the TV as it had just gone into overtime. She warned me that being as the game was in the hands (and feet) of our kicker Jay Feely, the Giants didn't have a prayer because, well, he SUCKS. She should know because Feely used to be on the Falcons. Sure enough, he blew it and the Giants choked it in almost exactly the same fashion as the Cowboys had only three days before.

Now next week's game is basically for the division. With Dallas and New York both tied at 7-4 (and Dallas having won the first meeting), if the Giants lose next week they can pretty much hand the division title to the Cowboys right then and there.

Now I need to go pick dead fallen needles out of my living room carpet. Grrrrrr.

1 Screw the Giants - but Go Christmas! I love folks who cut down their own. Ain't nothing like it. We'll be tramping through the fields of northern Maryland next weekend. Merry Christmas (though it's nearly 70 degrees here and it doesn't feel quite right to say that yet.)

I woke up this morning to the sound of $30 bucks going out the window. You know what that sounds like? Like a pick-up truck with a plow attached to the front weaving in and out of my driveway.

The last time it snowed on Thanksgiving was the winter of 1995-96. And that winter was a BITCH. They're saying that this year will be just as bad.

1 That's what it looks like here in central Pennsylvania.

2 I'm up in Ithaca, NY right now. Kinda hoping that if there is any snow in SE Pennsyltucky that it'll be gone before I get back. :confused:

3 Oh, that just makes me want to start wishing for A WHITE CHRISTMAS!!! (Just like the one you guys had when we visited and everybody got stranded and the family party was cancelled and I swore I'd never wish for one again. At least not while in the state of Connecticut, where it is actually a possibility.) We had a sunny 67 degrees here in Atlanta today. Gorgeous day for turkey. And a Falcons victory! Hope you guys had a happy Thanksgiving! :-)